Have you ever wondered how the President of the United States gets from one place to another? How about the cost of that transportation? Today, we are going to break it all down for you, so you do not need to wonder any longer!

Now, you know that the President is a very important person and any minute that he is exposed to the public can become dangerous. Therefore, every single detail of his transport must be planned out to the second.

One of the most often used modes of transportation is the Presidential Motorcade. There are between forty and fifty vehicles involved and at least one hundred people. The route car leads a bunch of motorcycles before the lead car. Their job is to clear off the roads, so the motorcade can go through without an issue. The local police department takes care of the beginning part, so there are fewer vehicles involved in the true motorcade.

The main part of the motorcade contains two limos, but no one will ever know which one the President is riding in. Both limos are bulletproof and the only window that opens is the one on the driver’s side. Inside the limos are many different types of guns, oxygen tanks, and two pints of the President’s type of blood.

The Secret Service sits in the other cars within the motorcade and if you look closely at these cars when they are passing by, you will see that some cars have the Secret Service members sitting facing the back. They hold guns, so they can take care of threats if they occur.
An ambulance follows the Presidential Motorcade just in case there is an emergency along the way. Police cars also follow the motorcade, so no one can speed up and enter the pack.

The motorcades are only used for trips up to thirty minutes in length, due to the danger that is present with them. Any trips that are longer distances will have the President riding in Marine One.

Marine One is a helicopter, but not a specific one. The name is used for any helicopter the President is currently on and there are usually thirty-five that can be used at any given time. Once the helicopter gets up in the air, it is automatically surrounded by at least five identical helicopters, so no one truly knows which one the President is on.

Most of the helicopter rides that the President takes are to Andrews Air Force Base, which is where their plane, Air Force One, is located. There are two airplanes that are normally used as Air Force One, but another plane could be used as well.

Did you know that it only takes approximately one hour for the President of the United States to go from Washington DC to New York City? That includes a trip from the White House to Andrews Air Force Base via Marine One, the flight to New York City on Air Force One, the helicopter ride to where the motorcade will take the President to their final location, and the motorcade ride itself. It’s completely amazing!

Now, let’s break down the costs:

Marine Force One flight time per hour: This isn’t as much of public knowledge as the flight above, but it averages around $2,199.

Other Helicopters Involved with Marine One flight per hour: $3,180

Massive Military Plane for Transporting Marine One helicopters per hour: $100,941

On average, it costs more than three hundred billion dollars to transport the President of the United States every year, which is about a quarter of the White House’s annual budget.

This is a huge number, but it is necessary to keep the President safe while they are in office.

Did you know all this?

If you liked this blog, check out Take a Virtual Tour of These Historical Sites Around the US. We bet you love it too! 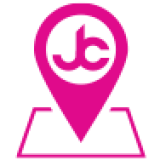 Our Journey Connected Travel Bloggers are here to connect our readers with the best travel advice, tips, trends, etc., for top travel experiences across the globe. Connect with us and let us know what you want to read about next!